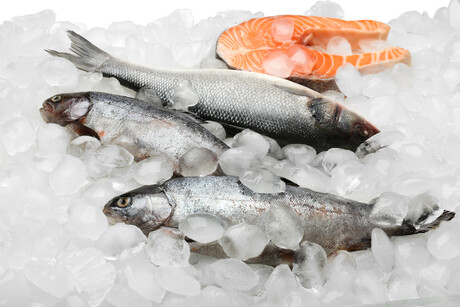 Importing a wide range of fish products into Australia, as well as sourcing products locally, Aus Asia Foods is one of the leading Asian fish importers and retailers in Brisbane. Processing around three tonnes of product each month, the business relies on its refrigeration capacity to keep the products food safe and compliant.

When Aus Asia Foods required two new, large freezers, they called on Keep It Cool Refrigeration to install their new units, with parts and expertise supplied by Koldpak. As a valued Schneider Electric OEM, Koldpak recommended the use of Schneider Electric parts, where appropriate, for the project.

Wanting to lower their energy expenses and increase the longevity of their machinery, Aus Asia Foods was looking for a solution to lower the amount of energy consumed by their new refrigeration units. Working with Koldpak, Aus Asia Foods agreed to the addition of a variable speed drive (VSD) solution on the 7.5 kW compressor for one of their freezer rooms. The reason for choosing to complete the solution on just one unit was so they could easily quantify the amount of energy and money being saved as a result of the VSD solution. If the solution was a success, Aus Asia Foods would look at expanding the project.

With the two same-sized freezer rooms located alongside each other, Koldpak and Schneider Electric worked together to set up the study, running the VSD solution on just one of the 7.5 kW compressor freezer rooms. The other freezer used a standard direct on line (DOL) set-up. Care was taken to ensure both rooms were loaded with similar stock levels and were used in a similar fashion.

A Schneider Electric Altivar ATV630 Process Drive was chosen for the project. The drive has extensive graphic dashboards, including an energy consumption monitoring dashboard, so at a glance Aus Asia Foods could see the energy savings of the unit. The drives also have an integrated power measurement function, which is accurate to within 5%. Being able to monitor and analyse input power, energy produced and the KPIs directly from the process management system meant Aus Asia Foods did not have the hassle of needing a separate piece of software or device to check their usage.

Running the two refrigeration units alongside each other, one with the drive and the other not, clearly demonstrated the energy savings made as a direct result of the variable speed drive.

After one month, 1316 kWh energy savings had been made as a result of using the drive. At a conservative cost estimate of $0.11 per kWh, this amounts to monthly savings of close to $150. With such strong evidence, Aus Asia Foods decided to add an Altivar Process Drive to the second unit. Savings recorded from the second unit over a period of six months were 5216 kWh, or almost $900.

“The VSD are saving us between $100 and $125 on each unit, per month,” said Jacky Mo from Aus Asia Foods. “With the two units running the conservative estimated savings each year are around $3000, thanks to the Schneider Electric Altivar Process VSDs.”

As the estimated cost of $/kWh 0.11 cents is very low, the real-life savings could be twice that amount, producing energy cost savings of as much as $6000 a year.

The project demonstrates comprehensively the savings that can be made when upgrading from a DOL starter to a VSD for the compressor. This scenario is equally effective for food refrigeration solutions as it is for HVAC scenarios.

The CP20.248 power supply features an integrated real-time condition display that informs about...

The WAGO Gelbox is designed to protect WAGO splicing connectors from moisture and humidity, and...