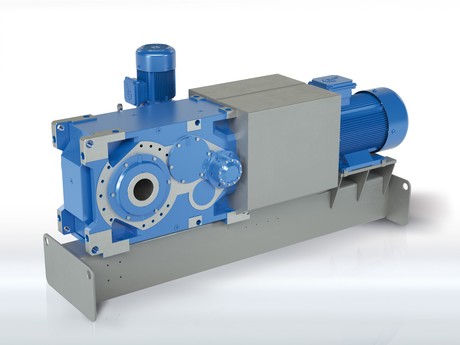 Smooth-running conveyors and feeders are critical in a variety of industries and for an array of applications — particularly in mining, where potential breakdowns could cost companies significantly. With this in mind, conveyor drives should be well maintained, lubricated, ventilated and expertly housed.

This is where NORD DRIVESYSTEMS’ modular industrial gear units (IGUs) are useful, offering flexibility, ease of use and long service life in mining applications. Due to their modular design, a range of individual components can be matched based on exact requirements, allowing for transmission components to be placed together in a single housing without any forces placed on the housing joints.

Brad Bickford, Application Engineering Manager – Power Transmission at Inenco Group, said his company selected NORD as its drive partner of choice and has collaborated with it on many installations. With more than 160 branches worldwide, Ineco is located in the mining hub of Western Australia and offers core product lines such as embrace bearings, power transmission, sealing, fasteners, driveshafts, drives and motors, belting, fluid power, engineering services, lifting and safety equipment, tools and maintenance products.

“As a robust and flexible option, NORD’s IGUs are aimed at the mining industry,” Bickford said. “While the company has various other smaller geared motor options, the high-kilowatt IGU products prove their mettle in large mining applications.”

Last year, Inenco was tasked with supplying several MAXXDRIVE helical-bevel drive systems for a conveyor-feeder set-up at a WA lithium operation. The project was spearheaded by Inenco Group subsidiary CBC — one of the country’s largest distributors of bearings and power transmission solutions. The installation also required close collaboration between Inenco and NORD based on scope and the desired outcomes, proving to be one of the former’s most ambitious Australian projects yet.

“It required six large drive systems to be implemented across four conveyors and two feeders,” Bickford said. “NORD proposed a great package that was in line with what this particular client was looking for. When the opportunity arose for us to supply the client, we looked at numerous options and summarised that the NORD proposal could deliver best to spec.

“What set NORD apart was the combination of a modular design, the ability to output up to 250,000 N m of torque and their trademark Unicase housing design. We supplied the units in March 2018 and it then took some time for installation and commissioning, so they have been in operation for over 12 months now.”

Specific additions to the drives, tailored for the project, included the addition of a keyless shrink disc to the output side of the MAXXDRIVE. NORD’s design team also included upgraded taconite seals to reduce the risks of dust ingress and leakages. “This ensures a long service life in harsh conditions,” Bickford said.

NORD IGUs were fitted and driven by TECO MaxE3 high-efficiency premium severe-duty motors. For safety and efficiency purposes, the four IGU systems destined for use on the conveyors were also installed with backstops to prevent rollback on inclines. Additionally, where required high-speed mechanical fans are also installed to assist with cooling in a hot climate.

According to Bickford, the feedback thus far has been positive. “Compared to rival brands, it stacks up very competitively, with quality German backing and features and benefits. It’s a quality product that ticks all the boxes.”

ZeroCabinet is an alternative to a power supply in a centralised control cabinet, decentralised...

NORD has introduced its UNIVERSAL premium efficiency motor, with 20 models in the range extending...