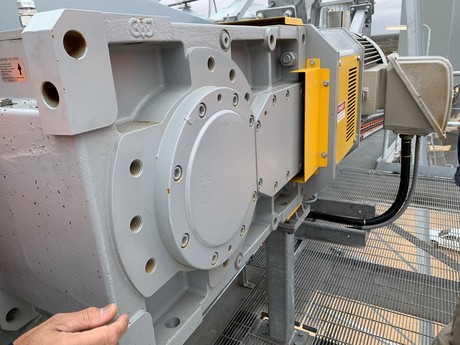 Bonfiglioli recently partnered with Adelaide-based engineering firm Kilic Engineering on a large grain transportation project. Kilic Engineering is a diverse mechanical engineering company owned and operated by the Kilic family since 1973. The company has a long and proud history of excellence in designing, manufacturing and installing a very wide range of conveyors, material handling systems, chute work and associated structural elements.

With an established reputation built over years of operation in the industry, Kilic Engineering looked to a trusted supplier for this mammoth project. Danie de Vries, State Manager for Victoria, South Australia and Tasmania from Bonfiglioli, said that the initial challenge was local support.

“While Bonfiglioli is well established in both Australia and New Zealand — 31 years and counting — Kilic Engineering required ongoing local support and on-hand expertise for this project in South Australia. Thanks to our distributor network, we were able to make this happen through our partner Motion Control, in Adelaide,” he said.

Craig Dennis, General Manager for Kilic Engineering, said that the application ultimately formed part of a large system for T-Ports. Established in 2018 with the $130 million Lucky Bay Port Facility development on South Australia’s Eyre Peninsula, T-Ports specialises in innovative solutions for the export of commodities, using a flexible model that positions port infrastructure close to the product’s origin. The name T-Ports is based on the use of transhipment vessels, reflecting the innovation central to the Lucky Bay project in moving away from the region’s traditional port model.

Previously unseen in Australia for grain exports, the use of a transhipment vessel means T-Ports requires less than four metres of depth in the harbour, eliminating the need for major jetty structures and other port infrastructure. T-Ports transhipment technology is capable of operating in seas of up to 5-metre wave height and 30-knot winds. Due to the port being located close to the product, these facilities substantially reduce the road haulage distances, hence reducing the cost to government for road repairs and maintenance and reducing carbon dioxide emissions considerably.

The port of Lucky Bay itself underwent a harbour extension in 2014 and now incorporates two berth pockets for simultaneously loading or discharging two 87-metre or longer self-propelled self-discharging vessels.

The application required large amounts of grain products to be handled on a consistent basis. Grain is dropped into dual hoppers by trucks and is then moved into silos and finally into a large-haul shipping vessel via a boom conveyor. 1000 tonnes of grain needed to be transported per hour to a 24000-ton silo storage. Once ready for loading, the ship is loaded at a capacity of 13,800 tonnes per day.

“The boom conveyor is a long conveyor which goes from the land over to the shipping harbour and then into the ship,” explained Dennis. “The locally fabricated Ahrens steel silos can be filled directly by trucks direct from growers or from the nearby bunker site via an internal haul road between the two Lucky Bay sites. The system design made in collaboration with our customer, Ahrens, includes belts, gantries, services, framework, conveyors, piling and concreted works and is based on ‘off the shelf’ solutions.”

Handling facilities at the port have been designed to be competitive and efficient for the long term. They include a dual hopper which can facilitate two-truck simultaneous discharge of 1000 tonnes per hour.

Bonfiglioli supplied four conveyor drives and two bucket elevator drives for the project. All of these were locally designed and manufactured at their Sydney facilities. De Vries said that Bonfiglioli’s gear motors were used to drive this large operation. “We used a series of HD and HDO heavy-duty gear units for this application.”

Known for their high output torque, robust reliability and long operating life, Bonfiglioli’s HD series is made up of high-quality materials and boasts an optimised design.

“The HD Series can operate in the harshest environments, as well as explosive atmospheres, with low maintenance costs and long service intervals,” De Vries said. “Finally, drives can be customised thanks to an extremely wide range of options and a large accessories portfolio.

“We were able to deliver on time, on budget as per the scope. We are extremely grateful to Kilic Engineering for giving us the opportunity to prove our products in this application.”

The UB40.241 from PULS is the latest addition to its range of 24 VDC uninterruptable power supplies.