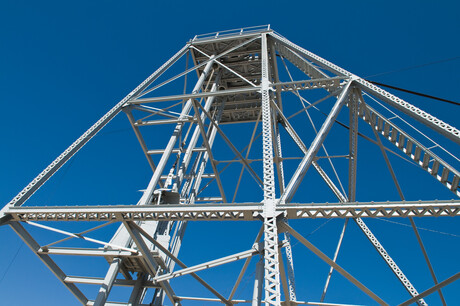 Thor Mining, based in Adelaide, South Australia, has announced the acquisition of American Vanadium and its two US mining projects. The projects add to Thor’s diverse portfolio of mining interests, which include copper, gold, molybdenum and tungsten. The company already has stakes in South Australian copper and gold projects in Kapunda and Moonta.

The American Vanadium acquisition is Thor’s first venture into the uranium and vanadium markets.

“We are very pleased to complete the acquisition of 100% of American Vanadium and its high-grade uranium and vanadium claims,” he said. “Thor has a well-balanced and diverse portfolio, [and] these projects are a potentially very important part of our story in markets that are growing.”

This is Thor Mining’s second venture into the US market, following its 2014 acquisition of the Pilot Mountain Tungsten Project 200 km south-east of Reno, Nevada. The newly acquired projects include 199 land claims in south-west Colorado and the Uravan Mining Belt, and 100 claims in south-east Utah near the city of Moab.

Over the last 100 years, the Uravan Mining Belt has produced an estimated 39,000 tonnes of uranium and 300,000 tonnes of vanadium.

“There is also a licensed processing plant in very close proximity. If we can develop economic resources, then the prospect of having material processed into saleable concentrates without the cost and regulatory hurdles of processing/tailings storage, etc, may be very attractive.”

Currently, the US ranks fifth in natural uranium exports. Despite a decade-long depression on uranium prices, Billing said it was an ideal time to enter the market, especially in the US where there was a lack of domestic production.

“There are more than 50 new nuclear power plants in construction globally, [so] demand is likely to continue to grow,” he said. “The US is a very large consumer of uranium for their nuclear power generation program, but for a long time now they have not produced anywhere near that domestic requirement.

“They [the US] source much of this feed from Australia, Canada and Central Asian countries like Kazakhstan.”

The US currently has 57 commercially operating nuclear power plants with 97 nuclear reactors — the largest fleet of reactors in the world. In February, US President Donald Trump announced a US $1.5 billion fund for a domestic uranium stockpile, another factor in Thor Mining’s decision to explore new uranium projects in the US.

The company will also be mining vanadium, a soft metal primarily used as a steel additive.

Currently, the US ranks fourth in vanadium exports; however, about 85% of the world’s vanadium production comes from China, South Africa and Russia. Billing said developments in global vanadium supply chains had made the soft metal a more attractive investment.

Earlier this year, Thor Mining sold its rights to the Spring Hill Gold Project in the Northern Territory for $1 million.

Billing said the royalties from this sale would be used to accelerate a range of projects, including the new uranium and vanadium opportunities in the US.

FIMER charges ahead with e-mobility portfolio

Applying the circular economy to water