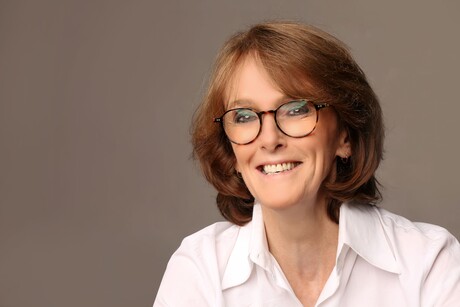 Renowned physicist Dr Cathy Foley AO has been appointed Australia’s next Chief Scientist, taking over from Dr Alan Finkel AO after his tenure comes to an end in December 2020.

Dr Foley’s research is in the field of solid-state physics and its applications — particularly relating to superconductors — combining quantum physics, material science and research translation, but her remarkable career achievements have allowed her to advance all areas of STEM nationally and internationally. Her appointment as Australia’s Chief Scientist is for three years, commencing in January 2021.

“Dr Foley is highly regarded in the scientific community, has extensive experience working with government, but most importantly, understands how to drive collaboration between industry and researchers,” said Karen Andrews, Minister for Industry, Science and Technology.

“We are thrilled to congratulate CSIRO’s Chief Scientist, Dr Cathy Foley, on her appointment as Australia’s Chief Scientist from January 2021,” said CSIRO Chief Executive Dr Larry Marshall. “The appointment is testament to Cathy’s personal scientific excellence, her broad vision for Australia through her invaluable work at CSIRO and her commitment and role modelling for diversity and inclusion for the next generation of scientists.

“Among her many achievements, her team’s breakthrough work in ‘SQUID’ systems for mineral exploration were commercialised in LANDTEM technology, which has led to mineral discoveries worth more than $6 billion.

“As CSIRO’s Chief Scientist, Cathy has led the development of a Quantum Technology Roadmap for Australia, championed emerging and future areas of science research and capability within CSIRO and been a high-profile and inspiring advocate for science and STEM careers.

“Her scientific excellence and influential leadership have been recognised with numerous awards and fellowships, including a Eureka Prize for the promotion of science and NSW Woman of the Year, culminating in receiving an Officer of the Order of Australia earlier this year.”

Prime Minister Scott Morrison said Dr Foley has the background needed to deliver during such a pivotal time in history — a time in which the role of the Chief Scientist has never been more important.

“Dr Foley has a big task ahead to drive collaboration between industry and the science and research community, as we look to create jobs for the COVID-19 recovery and for the future,” he said.

“I would [also] like to thank Dr Alan Finkel AO for his outstanding contribution as Chief Scientist over the past five years. He has been a valued and respected voice to government, and I know he will continue to make a significant contribution to the Australian and international science communities.”

BlueScope is backing the NSW Government's renewable infrastructure plan through a $20 million...

CSIRO signs new agreement with US partners for a transformational power generation technology.

Konica Minolta partners with Edith Cowan University on AM

Konica Minolta has partnered with Edith Cowan University to boost the university's capability...