CSIRO combines best of humans and machines to reimagine AI 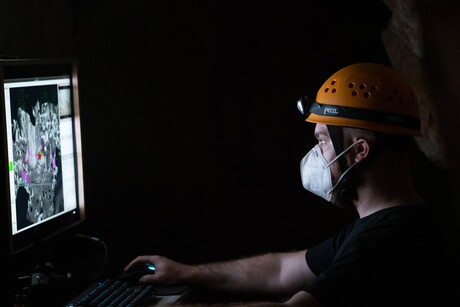 CSIRO has announced a collaboration intended to be part of reinventing the way humans and AI work together, contributing to global efforts to design a completely new capability called ‘collaborative intelligence’.

The newly launched, $12 million Collaborative Intelligence (CINTEL) Future Science Platform aims to move beyond machines replacing people or automating their jobs, instead looking to create teams that maximise the benefits of both human and machine intelligence.

One of CINTEL’s first projects will draw on the expertise of CSIRO’s Robotics and Autonomous Systems Group, who recently claimed a silver medal in the international DARPA Subterranean Challenge. The challenge, which has been described as the ‘robot Olympics’, involved using teams of robots to explore and locate objects in unmapped underground environments under the supervision of a human operator.

“The project will focus on developing a richer, dynamic human–robot collaboration, enabling humans and robots to respond in real time to changes in the environment and make better decisions, together,” she said. “CINTEL will research dynamic situation awareness and mechanisms to ensure a collaborative dialogue between humans and robots throughout, for example, a rescue mission.

“Rescue missions are often ill-defined and dynamic, and the humans must use their own knowledge and skills, like reasoning, intuition, adaptation and experience, to identify what the robots should be doing. CINTEL will investigate how humans can fully utilise their unique skill set in collaboration with the robots for successful outcomes.”

Other early CINTEL projects include developing a digital team member to help scientists make sense of the massive amount of information in modern biological collections and supporting cybersecurity analysts with collaborative surveillance.

Dr Paris said CINTEL’s goal is to leverage the fundamental differences between human and machine intelligence to ensure the best outcomes.

“We’re used to hearing about machines competing with humans in games like chess. But what isn’t as well known is that humans collaborating with AI have proven superior to both the best AI systems and human chess players,” she said. “Human intelligence is creative and adaptable, while machine intelligence is more specific and able to handle vast amounts of data.

“For many problems, particularly those that involve complex, changeable and difficult-to-define contexts, we are likely to get better results if we design AI systems explicitly to work with human partners, rather than attempting to do the job themselves. This requires a new way of thinking, both about how we design AI systems and how workers across different occupations and industries should work with them.”

Collaborative intelligence moves beyond the idea of machines replacing people or even just ‘keeping people in the loop’, aiming instead to unlock completely new capabilities by creating teams that maximise the benefits of both types of intelligence.

“This is the next scientific frontier of digital transformation,” said Dr Paris.

CINTEL will run for four years and will bring together behavioural and social scientists with computer, robotics and domain experts to develop the general-purpose technology needed to facilitate collaborative human–machine teams.

The program is part of CSIRO’s Future Science Platforms portfolio, aimed at dedicating research to new and emerging opportunities for Australia.

Image: A human operator providing mission goals and supervision to a team of robots during the DARPA Subterranean Challenge deployment inside a natural cave system. Image credit: Katrina Lo Surdo.